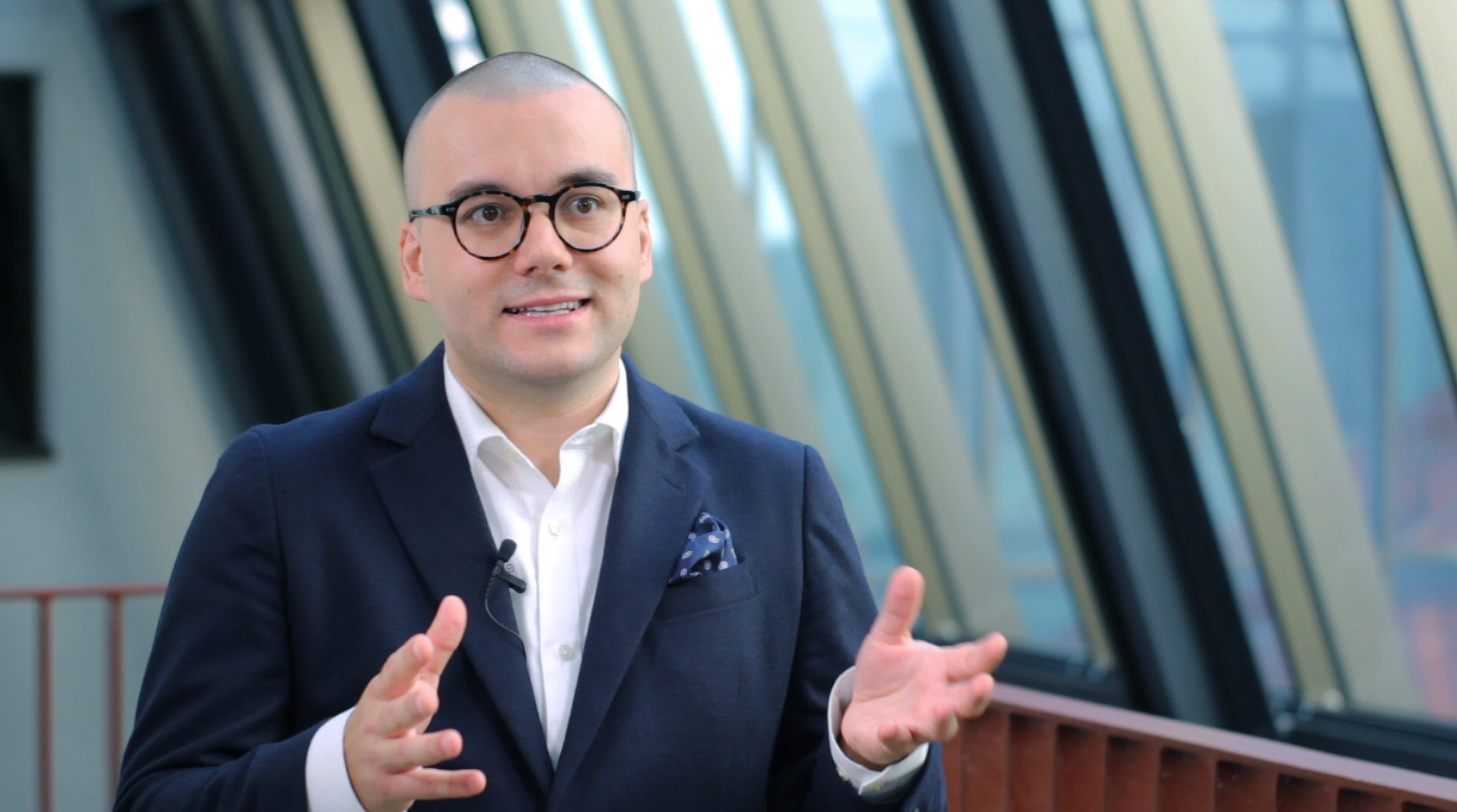 Why Should We Care about Politics?

“If you don’t understand the strategic logic of modern non-democratic regimes, you will not be able to operate businesswise in a majority of the global markets in the world,” points out Prof. Maciej Kisilowski, co-chair of the Strategic Management Faculty Group at CEU Executive MBA and keynote speaker at the February 16 Brussels-Paris-Amsterdam Open Day, in his interview with Thomas Lammel.

Thomas Lammel, CEU Executive MBA Senior Program Manager:  You have studied and worked at some of the most iconic educational institutions in the world, including Yale, Princeton, Insead and Wharton. How do you compare the intellectual environment at CEU with your experience in the United States?

Prof. Maciej Kisilowski: At CEU you really feel like you are on campus of a top American university. You have the same caliber of people, the same interactive and collegial spirit without the annoying European academic hierarchies and the same appreciation of critical thinking. And thanks to the incredible generosity of our founder, all of this comes at the fraction of the tuition cost a student needs to pay in the United States.

TL: Does it matter to you as a professor (laughter)?

MK: Actually, it does! When I finished my graduate studies, my total student bills exceeded $600,000. I was so fortunate that almost all of it was covered by scholarships, but for most people, American-style education requires taking huge loans, which are the burden even if you successfully progress with your career.

I would not want to work at an institution that drives its students into unsustainable levels of debt. Our Executive MBA is impressive in that respect, since it gives you truly world-class, US and Austria-accredited education for a fraction of the price of an American or European business school.

TL: Your talk during the Brussels-Paris-Amsterdam Open Day is about “strategic dictators”. It’s a provocative topic…

MK: Honest, not provocative. Conservative authoritarians are very strategic in how they approach politics and that approach often pays off. That’s just a fact. I first articulated this argument in my Project Syndicate piece written after the 2016 presidential election, which brought Donald Trump to power. [You can find the piece here].

Understanding the strategic skill of the “bad guys” in today’s global politics is crucially important both for defenders of democracy who compete with the populists for power and for businesspeople. If you run a truly global multinational, it is quite likely that a majority of your national branches operate in non-democratic countries. Freedom House, a major institute studying democracy, ranks political freedoms in 210 countries in territories. In 2020, only 84 were considered “free” and some of those, like my home country of Poland, are in the process of transitioning from democracy to authoritarianism.

So, if you don’t understand the strategic logic of modern non-democratic regimes, you will not be able to operate businesswise in a majority of the national markets in the world.

TL: Still, doesn’t branding them as “strategic dictators” kind of idolize these leaders?

MK: For practically oriented MBA programs like ours, your question addresses a very important dilemma. From finance to marketing and strategy, we use case studies in our teaching. And the question is: how should we choose the protagonists of these case studies? This problem has been discussed among management scholars at least since the famous fall of ENRON in the United States. A 1994 Harvard case study focused on Enron’s CEO, Jeffrey Skilling (who was also a Harvard MBA alumnus), calling him “a long-term thinker and strategist.” Ten years later Skilling was arrested by the FBI on 35 counts of fraud and insider trading and then sentenced to 24 years in prison. “Long-term” is a matter of interpretation, I guess.

So should we continue to use Harvard’s 1994 Enron case study? Harvard Business School Press still keeps it in its offering. And, if not, is it because Enron failed commercially, declaring bankruptcy in 2001, or because of Skilling being an unethical fraud? More broadly, should we learn only from the good leaders, or only from successful leaders, or both? I believe the answer is a qualified “no.” Of course, if the same lesson can be drawn from studying morally virtuous leaders, we should not sensationalize our teaching by giving airtime to leaders with questionable motives. But the story of strategic management in the hands of nondemocratic political leaders is different: we are seeing those leaders winning over traditional liberal democrats in many countries. In other countries, such as Austria, Italy or France, the threat of the populists taking over is very real. It is our duty as scholars to understand what makes the populist strategies effective and convey those lessons to our executive participants.

TL: What can our candidates from the corporate sector, who are potentially uninterested in politics, learn from your research?

The lessons are twofold. On one hand, politics and the products of political process – laws, regulations, international agreements, governmental decisions – are increasingly key levers of competitive advantage. Just think about how even small differences in governmental response to the COVID pandemic became absolutely critical for the success and, often, the survival of a wide array of business sectors. On the other hand, however,

today’s politics is an arena from which we can learn a lot about competitive strategy.

For example, the relation between your message and what you deliver, the transition of selling products to selling experiences, the role of brand identity, segmentation and targeting, digital strategy, and the relation between planning and execution. And, yes, the ethical dilemmas inherent in any strategy. All of this plays an important role in the current struggle between liberal democrats and their populist challengers.

TL: Sounds like we can expect a thought-provoking evening.